Sparkling when you are exercising... hmmm, those two words/activities don't usually come together for most of the people out there except for some us who are just born with glitter in their veins. 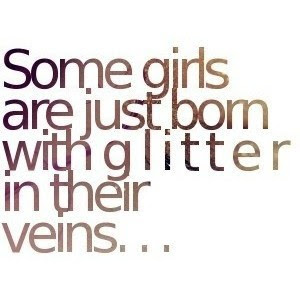 I made this sparkling rhinestone head piece for my upcoming 10K run this weekend in Portland. (Bridge to Brews on April 15th). I used my favorite no slip Nike Headband that I wear every time I go running. I could have used a ribbon for the headband but; this one I own has a silicone band glued to it which makes it great for exercising! 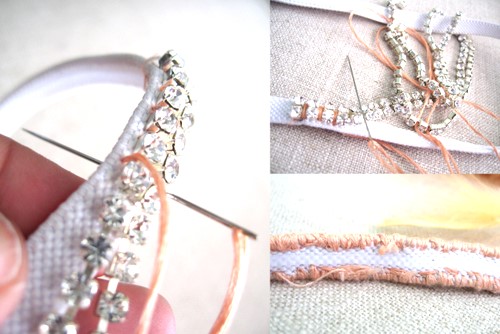 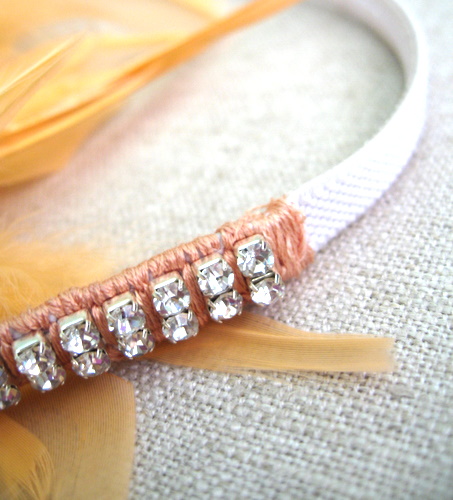 While I was at the craft store today, my eyes cached this same coral colored feathers and of course, I bought them right away! This calls for a Round 2 on my sparkling rhinestone tutorial which I will be working on later this week.
Feathers and sparkles... how perfect is that? 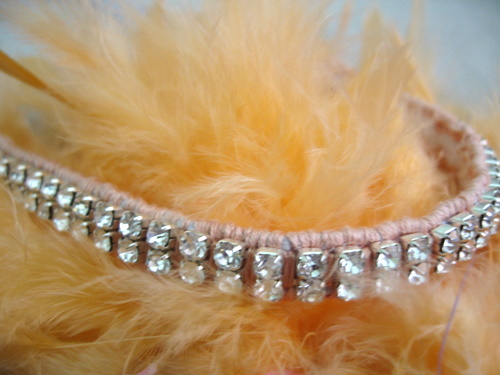 Looking forward to see you next week after my run to share some more photos with you...
Posted by A Cup of Sparkle at 2:29 PM

A Cup of Sparkle
Welcome to A Cup of Sparkle. My name is Melike. I am the designer and owner of A Cup of Sparkle Jewelry shop and blog. I love creating and sharing. You can view my complete profile by clicking the "About Me" page. Thank you for visiting! 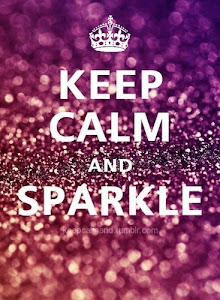